"Ron Korb mesmerizes his audiences with dynamic performances of beautiful original music and interesting arrangements. His work is accessible but also introduces new sounds and instruments to delighted audiences."
-All About Jazz 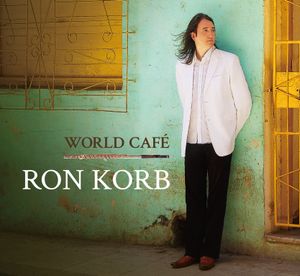 We are very excited to announce that Ron plays on two projects that are nominated for 65th Grammys with the broadcast on February 5th 2023. The projects are “Sakura” by Masa Takumi for “Best Global Music Album” and “Divine Tides” by Stewart Copeland and Ricky Kej nominated for “Best Immersive Audio Album.”

All of Ron's music is available on all streaming sites and with physical CD releases our website store. Click here to listen to the clips!

Asia Beauty is has a third edition with updated graphics. It was nominated for the 58th Grammy Awards and won a number of awards listed below. The culmination of 13 years of Ron's travelling through Asia and performing with Chinese musicians. The photography in the 36-page picture book is all original from the fascinating places he has visited.

Ron Korb's remastered solo album, takes the listeners across Europe and back in time to an age of elegance and romance. All music composed and produced by Ron Korb. 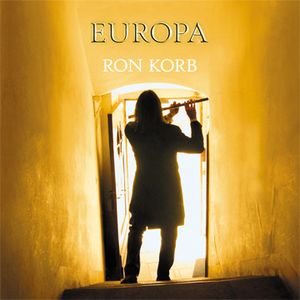 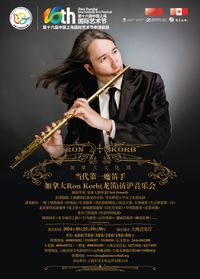 Ron Korb was chosen to perform at Canada Culture Week at the Shanghai International Arts Festival. He performed a sold out concert at the 1,122 seat historic Shanghai Concert Hall. His special guests were a Chinese chamber group called Xin Yi and a flute choir from ECNU University to perform Ron's new compositions. (->see more photos)